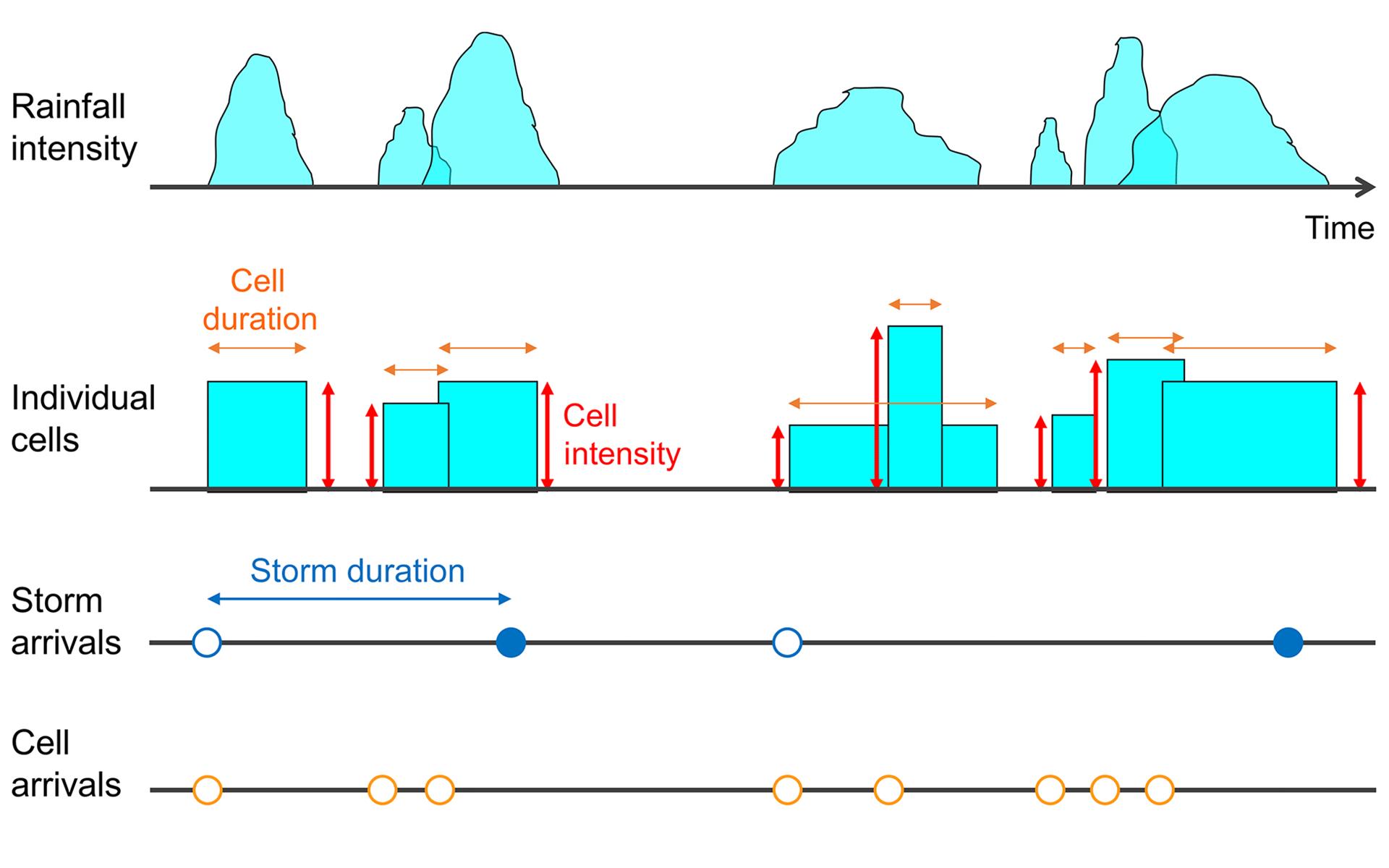 Hydrological consultants and water companies require sub-hourly rainfall data for operational use as well as for the design of components of urban drainage networks. Where no measurements are available, plausible time-series of rainfall depths can be generated using stochastic rainfall generators. These time-series can then be used as inputs to hydrological and hydraulic models, either in continuous mode or by picking out events of interest.

TSRSim is a stochastic rainfall generator, which produces rainfall time series suitable for urban drainage assessments. It has been successfully validated using historical observations covering the whole of the UK. It comprises two components: an hourly generator and a disaggregation methodology that further downscales the hourly rainfall depths to the scale of five-minutes.

This project addressed the need to update the hourly generator in the light of the latest research at Imperial College London and Rain++. Specifically, the generator is now able to produce more realistic cells whose intensities are typically inversely proportional to their duration, while avoiding the generation of unrealistically intense cells. Additionally, by drawing upon the latest research in the Department of Statistical Science at University College London, the calibration of the model was made more effective.

A detailed description and validation of the improvements made to the TSRSim tool can be found in this paper: ONOF, C. & WANG L. P. (2020). Modelling rainfall with a Bartlett–Lewis process: new developments. Hydrology and Earth System Sciences, 24(5), 2791-2815.

Global All posts This post
Save
Write CSS OR LESS and hit save. CTRL + SPACE for auto-complete. Made by wpion.com